skip to main | skip to sidebar

Yeah Im in a lot of pain and thats why I've been an inactive blogger. My tooth broke Sunday night and I ended up having the whole thing extracted. And it ended up being surgery. I'm making an appointment with Nick's dentist to start the work on my pearly chompers. But until my mouth heels, I shall be quiet round these parts.

I joined the Mom Shop A Thon this year on Tip Junkie which is ran by the fablous Miss Laurie. She really is a sweetheart and such a creative person and I'm honored to be able to post a link to my store on her fabulous site. For reference click here :

And you can always go to my etsy store thru its link on my sidebar or by clicking here:

Thats right home skillets. It's Barack. And I didn't care that I was one in a sea of republicans in a bar. I screamed my little heart out when it flashed across the screen. What were they gonna do kick me out? Chuckie was drinkin beer!
Change. Its whats for dinner.
Athena

Let's Do The Time Warp Again!

Happy Belated Halloween! We kicked off Halloween early this year by going to a show at The Venetian. The Blue Man Group was something I've been dying to see and was so excited when we scored tickets! *squeals with glee* We had awesome seats and were covered with toliet paper. Success! And of course, we took pics. Nick even got in on the action. 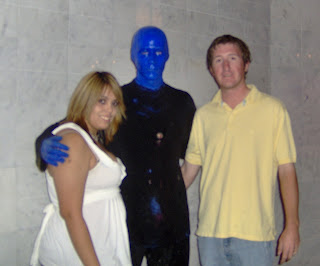 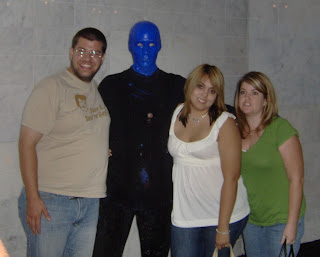 Last night we attended a local drag show and had a blast. See Tim Curry Below? I now have the time warp permantly stuck in my head. 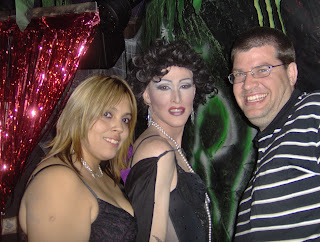 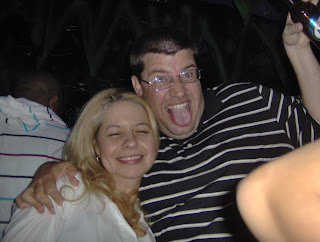 We made a new friend! Maria Tortilla! 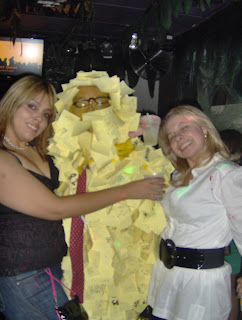 And last but not least, we met my dream man Mr. Post-It! I had to take a photo with him. And he actually won best costume! All in all, Halloween 08' was a blast! Hope everybody else had a good one.
XoXo
Athena

Blogs I Stalk Way Too Much

What I'm Talking About

Athena Valentine
Las Vegas, NV
I'm a young twenty-something living life in the Las Vegas. I go to college full time plus and work part time at a non profit. I love spending time with family and friends, blogging, being crafty, shopping, fashion, reading and googling things. This is a peek into my life, enjoy!